Yesterday, I had another test at my Reproductive Endocrinologist’s office.  This time, it was a Saline Infusion Hysterosonography- and yes, it was as fun as it sounds.  Most of these tests start with a pregnancy test (oh, the irony) and involve snooping around my lady parts to make sure everything is in order.  This test was a little more critical, as the results determined if our IVF dates could be confirmed.  If anything was to show up on the test (cysts, polyps, or fibroids, none of which I’ve ever had) it would have potentially delayed treatment.  The doc gave me an “all clear” and said my uterus was looking beautiful! What a compliment… 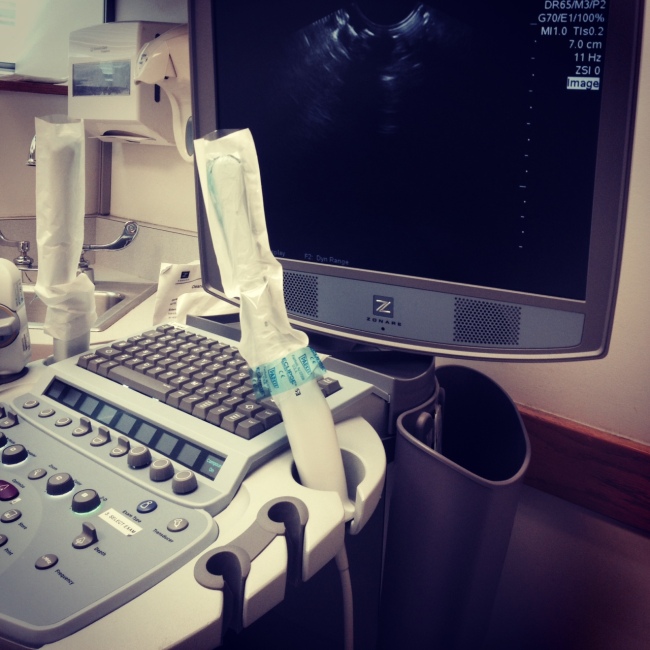 I can safely say that the amount of appointments I have had at my RE’s office in the last couple of years far exceeds all other medical appointments of my life- combined.  I’m a regular here.  Anything fertility related requires a significant amount of monitoring and testing.  So I’ve gotten to know the place.

Before my appointment, I spent about 40 minutes in the waiting room.  The RE’s office shares a check-in desk with the Radiology department.  Something I notice every time- the people, mostly females, in the RE waiting area look perfectly healthy.  Sometimes there are couples, sometimes people are by themselves, but almost always, the RE patients are put together, seemingly normal people.

And then you look over the the Radiology side.  Most patients are much older in age, and a lot are in wheelchairs.  Yesterday, there was a man with a walker (with a seat) that had his oxygen attached.  His daughter was there to keep him company, and they laughed together while they read magazines.  A woman was there by herself, and when her name was called, it took her a while to stand.  She eventually made her way down the hall, but she struggled to walk.  There were two women together, one of them had a knit beanie on.  She removed it at one point, and exposed her bald head.  A sign of illness.  All of these people are fighting battles with their health.  And the world can tell.  Their wounds are exposed.

Those of us on the RE side? Our battles are secret.  The second we walk out of that hospital, nobody knows that we are fighting a battle of our own.  Infertility has a dark side, and nobody seems comfortable talking about it.  Myself included.  My husband and I have been trying to get pregnant for 5 years, and hardly anybody knows.  Because it’s easy to hide.  Even as shitty as infertility is, I’m learning things and I truly feel that I’ll be better in the end for having gone through it.

To me, this was a reminder.  Everybody is dealing with something.  On the inside, outside, a family member, loved one, pet, or anything important to them could be hurting.  It’s not fair to assume anyone’s life is easy.  Give people the benefit of the doubt.  If someone cuts you off in traffic, is rude to you, or does something that would make you think “That guy is such a &#$@*!!!”…there might be a reason.

It could be me, keeping my sunglasses on and not saying “thank you” when you hand me my Starbucks.  I’ve been crying all morning and have to go to work and meet deadlines when all I want to do is lay in bed.

It could be my husband, who neglected his graveyard shift sleep just to talk with me long enough to make me feel better, and then had to arrest someone for abusing their child or driving drunk with their kids in the car. 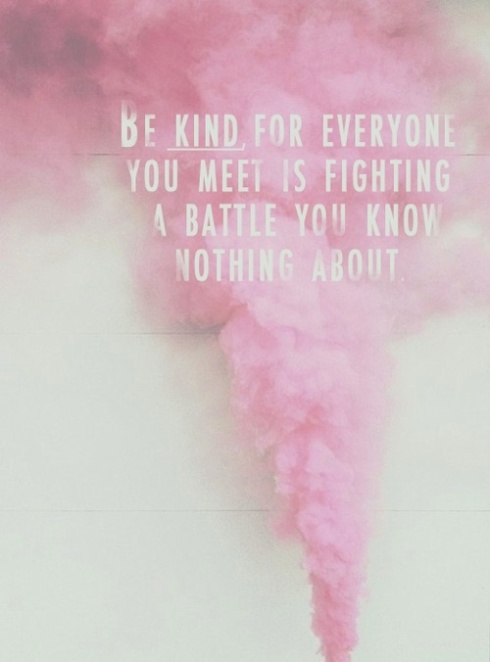